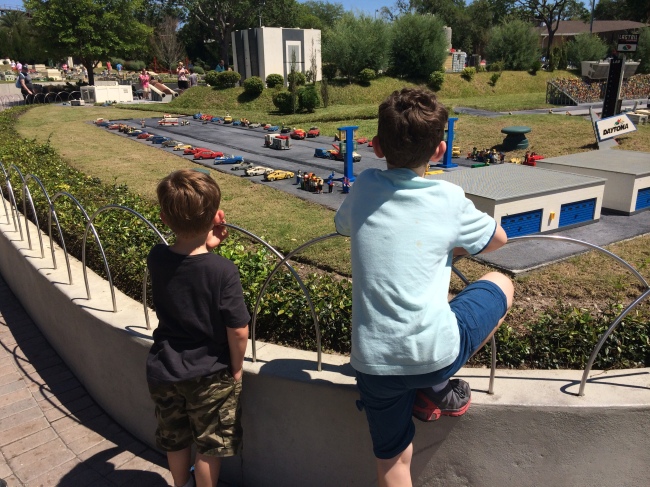 I haven’t banished procrastination forever by writing about it, but the prospect of a public shaming turns out to be an excellent spur to keep going. – Adam Green, April, 2014 Vogue, “Late or Never?”

I was recently honored by Lindsey’s invitation to join the blog tour about The Writing Process, which I will do on Monday. I was also a bit chagrined, as I actually have no writing process (evidenced by how infrequently I post here). For as long as I can remember, I have wanted to be a writer. But, can you really be a writer if you don’t write?

On Monday, we left North Carolina for Legoland Florida, and I do what I always do at the airport and spend way too much money on fashion magazines (which is totally ludicrous as I live in Gap jeans, tee shirts, and Chuck Taylors). Regardless, I thoroughly enjoyed the recent Vogue piece by Adam Smith in which he honestly details his experience as a chronic procrastinator. After just narrowly making a deadline, he tries to alleviate some anxiety by surfing, only to come face to face with these questions about his inability to write:

“Did it stem from fear of failure? How about fear of success? Was I crippled by low self-esteem? Or did I withhold my best efforts because I thought that I was special and the world owed me a living?”

Yes to all. And also, None of These.

For me – like many other writers, and of course, Joan Didion who first said this – “I write entirely to find out what I am thinking, what I”m looking at, what I see, and what it means.”

Lately, I haven’t wanted to know what I am thinking. I haven’t wanted to feel much of anything. Lately, all I can think of is Scott’s upcoming deployment, which embarrasses me, because I am Too Old For That. We have been together for eleven years, and I should be a seasoned veteran at this point. This whole deployment business should be Old Hat. I should be like the Marine wives around me, the ones who wave their hands in the air when I ask how they are doing while their husbands are in Afghanistan, the ones who tell me that it’s fine, that they are used to it, that sometimes, its even easier.

This is not my experience. Right now, I watch Scott do the dishes and think that in another six weeks, he won’t be here to help with anything. Today, he replaced the battery in my car, and I thought, Lord help me. On Friday nights, as I sink into the couch with a glass of wine, I remind myself that when Scott leaves, I will need to be Sober At All Times, because I will be the only one in charge.

Rationally, I know that Scott is leaving because his job demands it and I knew this going in. And yet, it feels a lot like being abandoned. Waiting for him to pack his bags and go reminds me of all the other times I have been left, even if now I am grateful that all those people are no longer around. There is something about standing still that feels like falling behind, and some days, it causes me to put a hand on my heart and take a breath.

This leaving that we are all waiting for is affecting the boys too, or at least Oliver. It’s common in the military to be told that if the mother is fine, everyone is fine. Maybe this is true. And maybe, kids have their own feelings about things. I haven’t written much about my children lately, because life at home has been challenging. I haven’t wanted to write about Oliver’s stubbornness, his defiance, his 8-year-old explosions. After a very difficult week, I took Oliver to lunch and to the bookstore and he told me he was sad his dad was leaving and a little mad too. “Why can’t they send someone else?” he asked while crossing his arms over his chest, and I did my best to explain that sometimes we are the Someone Else. At night, Oliver and I have been reading Harry Potter or The Secret Zoo series and as he snuggles against me. I remember that while I may be saying goodbye to a partner, he will be missing his dad.

The first day of Legoland wasn’t much easier than home has been. At the suggestion of going on a ride outside of Chima Land, Oliver shouted “NO!” or sulked, or crossed his arms over his chest. All of these reactions frustrated me immensely. He’s going to grow up thinking he’s entitled, I thought, or He’s spoiled or Here we are in Legoland and he can’t appreciate any of it. Scott and I exchanged many looks that day which said mostly the same thing: Be patient. Yes, I know this is hard. and Don’t lose your shit.

Recently, a dear friend and mentor reminded me that when parenting, the wise choice is to choose love over fear. Sometimes I can remember this and sometimes I can’t. After that first harrowing and hot day, our eyes exhausted by primary colors, we found a small Italian restaurant for dinner where they brought homemade foccacia to the table and bowls of pasta so hot we burned our tongues. Afterwards, we walked to the small lake behind the restaurant where I cautioned the boys to watch for alligators. Undaunted, they ran on, while above us, a large bird circled and cried so loudly we all stopped to watch as it careened on enormous wings over our heads.

“What kind of bird is that?” Gus asked.

“A peregrine falcon?” I wondered.

“It looks almost like some kind of eagle nest,” Scott said.

Finally, Oliver said, “Why don’t you do a search for “raptors” and “Lake Wales, Florida” on your phone?”

The quick iPhone search revealed that the bird was an osprey, which have survived habitat loss by nesting at the tops of dead trees, channel markers and abandoned telephone poles. Before we went back to our hotel, we watched the male circle again, his wings arched and his talons out. While he was circling, the female sat in the middle of their enormous nest, observing it all. Nature is chaotic, I thought. Love over fear.

The second day at Legoland was easier than the first. We picked a few rides to go on as a family and then realized that what the boys really wanted to do was examine the life-like cities and buildings of Miniland and play in the treehouse-like Forestmen’s Hideout. I kept thinking of the female on that nest, watching her mate circle and the people below her come too close. If life is teaching me anything, it is that most of my problems can be solved by just calming down. Being still. Choosing love over fear.

I used to think that “comfort” and “stillness” were wildly different things – comfort being synonymous with decadence while stillness was aligned with a more monastic quality. But now I am wondering if the two intersect. Maybe, comfort is even found most reliably in the act of being still, in not circling around a moment but rather, sitting fully inside it. Perhaps my own procrastination has to do with avoiding my turn being the Someone Else. Maybe not writing is the way I dig in my heels, cross my arms over my chest, and resist. And yet, resistance is cold. There is no comfort in a fight, but I am always heartened at how quickly comfort returns when I stop resisting the way things are. Warm nests. Hot pasta. Fashion magazines. Uncrossing our arms. Being still. Maybe they are just different versions of the same thing.

You are currently reading Procrastination at Walking on My Hands.