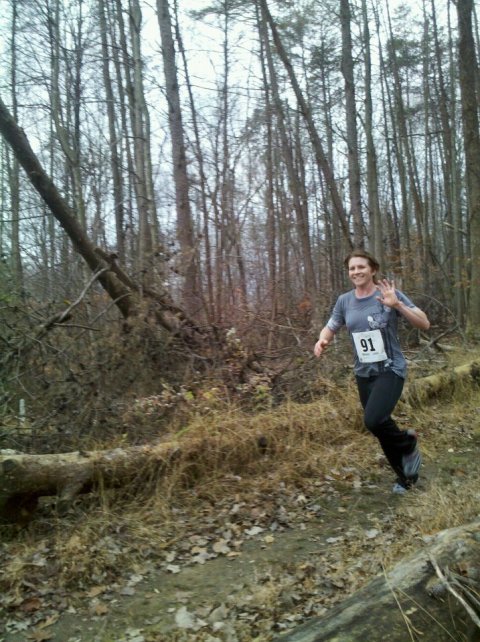 For weeks I have been trying to write just one single post. I have filled up WordPress windows, Word documents, and notebook pages and still have nothing to show for it. A few days ago I threw in the towel and focused on other things. Right now, in addition to working towards my 200 hour yoga teaching certification, I am taking Rolf Gates’ online “The Chakras as Life’s Roadmap,” which has opened my life up in ways I didn’t believe an online course could do.

Last week, we were talking about the heart chakra and since then, I have been aware of the ways I refuse to commit to both myself and my spiritual practice. I have integrity, but only until my breaking point. I love but only until it becomes too difficult. I give, but only to people I believe are deserving. I have committed to yoga, but only up to my edge and no further.

My response to this observation was to exercise more. Last week I ran more miles than I have in months. I went to the yoga studio four times, including to a hot power yoga class, which I swear would have turned Baron Baptiste himself into a whimpering puddle of sweat. On Saturday, when I was so sore I could barely walk, I realized that this body of mine, the one I have vilified for so long is truly my greatest teacher. Maybe that is why this chakra class is so powerful for me because the physical realm is the world in which I learn the most. Make me sprint for five kilometers and I will finally tell you what is bothering me. Tell me to hold Warrior II for two minutes and the bricks I am mortaring around my heart will start to crumble. Push me to my physical edge and I will start to understand my emotional edge as well.

On Sunday morning, my quads were still as shaky and unresponsive as they were the previous afternoon and I was seriously reconsidering the trail race I had signed up for that morning. A few months ago I signed up for the entire five-mile Backyard Burn Trail Running series because they are fun and I love running in the woods, but on Sunday, the prospect of dodging tree roots and sloshing through streams sounded about as pleasant as another power yoga class. “Just do it for fun,” Scott told me and I glared at him.

I ended up going, mostly because Scott told me to. I drove the thirty minutes out to Fountainhead Regional Park although I wasn’t sure why. I was too tired to push myself, to do my best, and I didn’t know any other way to approach a race. Why show up if I wasn’t going to show up fully? Why race if I didn’t want to win?

I started in the back of the pack this time, unlike the day in October when I sprained my ankle. When the air horn blew announcing the start of the race, I was surrounded by men in bandanas who looked like former football players and women who carried small bottles of Evian and asked if it was okay to walk part of the course. As we headed up the road towards the woods, we began to fall in line in preparation for the trail. As the road turned into a rocky, root-studded single track, we were running single file, in silence. I listened to the sound of our feet thudding against the ground, and a feeling came over me, so strongly that I wanted to lie down and rest my head against a bed of moss. Instead, I struggled for a word that would describe what this was, this endless line of bodies heading into the woods for no other reason than because they said they would.

No, I thought, pushing that word away. This snaking line of runners wearing breathable fabrics was nothing like the processions of my youth in St. Columba Church. This colorful parade moving toward the finish line was nothing like the solemn walk to the alter to receive a stale wafer. And yet, what were we doing if not moving toward something sacred? What was this if not an agreement to meet somewhere together and pray? I haven’t been to Mass in years, but a vague passage from the Gospel of Matthew popped into my head: “For where two or three are gathered in my name, there am I among them.”

The race was put on my Ex2, a fabulous group of people, who had even come out the day before the race to blow the leaves from the single-track trail so we wouldn’t kill ourselves on the roots or the precipitously steep downhills that seemed to be made solely of rock and moss. As I ran and listened to our breathing and our footfalls, I noticed another, occasional sound of someone swishing through the leaves on the side of the trail.

What I began to notice was that the swishings were never isolated. Someone would pass someone and almost immediately after, someone else would enter the leaves. Then another. A runner about five people ahead of me passed someone and I felt the need to pass the person ahead of me.

“Passing on the right.”

Instead of being competitive, it was lovely. Here, we were saying to each other, I’ll take over for a while. It was so small this sound, this decision to leave the trail and enter into something new, but it was powerful. It inspired people. As I ran, Big Little Wolf’s recent post popped into my head. Her post from the day before inspired me with her adament support of Ashley Quiñones, who, at 31 needs a new kidney in order to live for another decade. Medicaid – Ashley’s only insurer – will not fund the necessary surgery, which is estimated at $250,000.

“I think most people have good hearts,” Big Little Wolf said in an email to me, which I read just an hour before the race. “The world is just so damned overwhelming, we don’t know what to do, how to help. So – one at a time, right?”

Right before the finish line, as I came out of the woods, I saw Scott and the boys, sitting in the grass and I was so thrilled to see my tribe that I felt lit up inside. Oliver shyly clapped and Gus was smacking his hands together so hard I worried about his little palms. Scott took a photo of me (see above) and while I usually hate every picture taken of myself, I kept this one because I remember what that was like, to come out of the woods and see this overwhelming, overflowing, heartbreaking love.

Most times, right after the race I take off before the awards ceremony because I have better things to do than stand around and see if I won a pint glass. Scott has won so many in his mountain bike races that they keep falling out of our cabinets. On Sunday though, after Scott told me I won my age group, the boys wanted to stay and go up to the podium with me. Right after that, the race director announced that they were going to give away iPODs and two, hundred dollar bills. Scott, who knows I never win anything, got the boys ready for a mountain bike ride in the woods, and I think I surprised him my telling him I was staying for the giveaway. “I’m feeling lucky,” I told him. “And I never feel lucky.”

Ten minutes later, when my name was called out as the winner of a crisp, new, hundred-dollar bill, I was not surprised. “You’re so calm,” Jim, the race director told me. “You’re so quiet.”

Instead of telling Jim I knew I was going to win, I smiled and said thank you and took the money.

Big Little Wolf asked us to come up with a five-year plan in honor of Ashley but I don’t do five-year plans anymore. I used to live according to plans and training schedules and goals, but then I married someone in the Navy and started moving every eighteen months to two years. I learned to let go of plans. My five-year plan is for my family to still be alive and healthy and as happy as we are now. My five-year plan is to not to plan but to live in the moment.

So, instead of a plan, Ashley can have my $100 dollar bill. For why else did I win it, me, who has never even won a game of bingo?

For where two or three are gathered in my name, there am I among them.

Someone up there is rooting for Ashley. Big Little Wolf swished through the leaves and then Kristen and then Aidan and Lindsey.To learn more about Ashley, click here.

Please take a moment and visit Big Little Wolf to learn about the important work she is doing to help raise money for a life-saving kidney transplant for Ashley Quiñones, aka the Kidney Cutie, aka the sister of Kelly Miller of The Miller Mix.

You are currently reading Communion at Walking on My Hands.