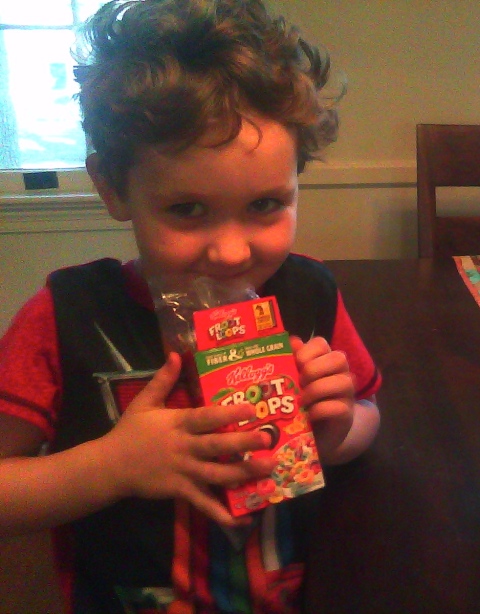 A few months ago I went to a book group at a yoga studio in Georgetown. The group was going to discuss Momma Zen, by Karen Maezen Miller. Finally, I thought, when I first saw the flyer. When I lived in Ventura and my son went to Oak Grove School in Ojai, we had parent meetings every month. The early childhood teachers were present and we discussed topics such as sibling rivalry, anger, creating partnership with children. It seemed  a given that we were all good parents, all trying our best. I came away from the meetings feeling more knowledgeable, better equipped, and supported by other parents.

I was excited as I drove into Georgetown. I thought I might make some new friends or finally find a sense of community. But the book group was as much like my old parent meetings as DC is to Ojai. The yoga studio owners and book group leaders were kind and genuine. I think they wanted the same things I did. They asked questions about our challenges as mothers and about the areas we wanted to improve. It was the answers that did me in. The grim, pinched faces. The tired voices expressing how hard it is to be patient, to stop saying “just a minute,” to go on a quarter mile walk that takes an hour. I just felt sad as I sat there and very, very homesick for Ventura. The unkind part of myself felt virtuous (so good!) when I saw that I have changed a bit since I my early days as a mom, but another part of me felt equally hopeless. As much as these women depressed me with with their unhappiness, I knew exactly what they were talking about. Before I had children, I ran at 100 miles a minute. Slowing down back then, seemed to be a huge waste of time.

Children make you slow down, no doubt about that. They demand your presence in every single moment. At my son’s school, I learned that if you relax into it, if you let yourself fall into the present moment, it can feel like flying. It feels like joy and happiness and safety. It feels like love.

But it’s still a bit unnatural for me. It’s something I have to work at every day, and as I sat in that book group, I wondered why slowing down seems to be such a challenge for many mothers in my generation. Maybe it’s the technology we all adapted to in our twenties: the email, the phones, the web. Or maybe it’s that motherhood is what we were told to avoid. Go to a good school. Get a good job. Make good money. To some mothers, parenthood is the thing that robbed them of their success and freedom. To others, motherhood became another job, the ultimate career. Many days I hear Jackie Onassis’s words in my head: “If you bungle raising your children, I don’t think whatever else you do well matters very much.” Be a good mother. Or else.

I loved Claire Dederer’s memoir Poser because she explores our relentless pursuit of good in motherhood and shows how it robs us of the real. The fun. She writes about her own “goodness project,” her constant quest for the admiration that would confirm her virtue, and she brings forth an idea that her perfectionism has to do with growing up in the late sixties, during the time in which many women – who were wives and mothers – were leaving their homes. They were joining communes, going back to work, or moving in with hippie boyfriends.

I was born almost a decade later than Dederer in 1973. I grew up with Title IX, the ERA, and Billie Jean King. Geraldine Ferraro and Mary Lou Retton. Those Virginia Slims ads. My mom’s friend lived in Manhattan and wrote for Working Women Magazine. I still remember the covers. Those women with their feathered hair and their briefcases. You’ve come a long way baby.

I remember the books I loved growing up, the trail of breadcrumbs that might have led to such a thirst for achievement. There was Herstory and another one called Anything Boys Can Do Girls Can Do Better. You can guess what that one was about. I was inspired by that book and maybe a little bit scared. It was clear that as a girl, I was going to have to work my ass off.

If Dederer drove herself to be good in order to make up for her own wayward mother, I wonder if my generation is so strident about motherhood, so relentless in our quest for virtue because we know no other way. We have always had to be better than the men in order to be considered as good as. Quite probably, I could relate most of my failings to growing up in the late 70’s and early 80’s. I could blame Reagan and Madonna and Gloria Steinem. Wasn’t it also Jackie O who said, “There are two kinds of women: those who want power in the world and those who want power in bed.” Yowza.

But there is something in blaming our youth that doesn’t ring true to me, just as I didn’t buy Dederer’s assertion that Seattle hipsters treat attachment parenting as a religion because their parents got divorced. There just has to be something else that drives us to mash steamed carrots for our toddlers and sign up for Mommy and Me Yoga. (Um, yeah, I am talking about myself here.)

Motherhood, too often, feels like a competition. Another endurance event with the prize being your child’s perfect behavior. Or maybe it’s just me. I’m so competitive it drives me crazy most of the time. The other morning I went out for a run – a slow jog, I told myself – and before I knew it, I had caught up to a girl whose ponytail had been bouncing in front of me for a mile or so. “Hey crazy lady,” I asked myself as I charged up the next hill, now committed to my new pace, “What are you doing?”

Sometimes I wonder if we are so relentlessly strident in our quest to be good because we are so afraid of what will happen if we stop trying to hard. We’ll get fat. We’ll get fired. We’ll mess up our kids’ chances to go to Harvard.

Last week, Bruce at Privilege of Parenting wrote a fabulous counterpoint to Lori Gottlieb’s Atlantic article, “How to Land Your Kid in Therapy.” I’ve gone back to that post a few times because there was so much wisdom there. I found tremendous comfort in this paragraph:

Thus as parents let’s not beat ourselves up, nor give up, let’s admit that we’re not perfect and neither are our kids; let’s let go the notion that our kids (or we) will be happy when they get to Harvard or become doctors (but instead bank on the idea that if they find their place in the group and contribute, even at Taco Bell, this may be better for them and for our world than the nightmare we’ve been propagating).

On the 4th of July, a new friend from my yoga teacher training took me to my first hot yoga, or power yoga, class. “Is it Bikram?” I asked, apprehensively. I went to Bikram once, years ago, and couldn’t get out of bed for the rest of the day. I was not going back to Bikram again. She shook her head. “No, it’s not that hot. You’ll be fine.”

So off I went. For the first hour I was fine, despite the heat. I was sweating like mad and it really stunk in the room, but I was okay. Until I wasn’t. Until the room started to spin and my heart began pounding in a way that did not feel right. I had chills up and down my neck and was hugely grateful I hadn’t eaten breakfast. The instructor told us it was time to move into handstand. “Challenge yourself,” she shouted and I told myself to buck up and ignore the pounding in my body. But it was the Fourth of July. There were fireworks to go to. We had people coming for dinner. I couldn’t spend the day in bed.

I decided to lie down right there, in the middle of the room. The thermostat near me read 96 degrees so I closed my eyes and listened to the 66 other people in the class jumping up and standing on their palms. I felt like an idiot lying there. Water was dripping on my head from the ceiling and I realized that it was the condensed sweat of all the other people in the room who were working so hard to be good.

Last summer, as our family moved from California to DC, I told the boys and Scott that 2010 was going to be The Funnest Summer Evuh!!! I needed something to spur me on and ignite my sense of adventure when I felt such sadness. I haven’t quite settled on a theme for this summer yet. I thought it might be The Most Peaceful Summer Ever as the boys have been bickering a bit. But lying there in that crowded yoga studio, I thought that maybe this was going to be the Summer I Let Myself Off the Hook. I am going to let myself off the hook for my bad days. For the lovely mornings I sometimes interrupt by saying, “Hurry up, put your shoes on. We have to get to the park!” The days I focus more on the crayons under the couch, the Legos strewn on the floor, the spilled milk, the incessant shouts of little boys than I do on the fun parts. The evenings I spend beating myself up for not signing the boys up for swim lessons or Yoga 4 Kids or music camp. For giving in and buying the assorted pack of sugar cereals that I normally don’t allow into the house.  The nights I spend beating up other mothers in my head for making me feel badly about what I am beating myself up about. Better than. Worse than. It seems like a two-way street, but really, it’s a dark alley that leads to a crack house.

Freedom. I always thought it meant something you fought for. Something earned. But maybe it’s also the act of gently emancipating yourself. Maybe it’s as simple as dropping the chains we are twisting around our own necks. Last year, I thought that walking on my hands – embracing uncertainty – was the full expression of freedom. But this Fourth of July, it seemed that lying on my back was more authentic. This Independence Day, for me, seemed to be about allowing other people’s sweat to drip on my face and not needing to add to the heat. Because we are all working so very hard. And maybe we already are good enough.

You are currently reading Good at Walking on My Hands.