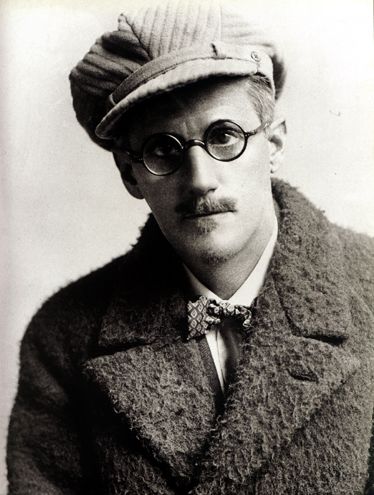 James Joyce, 1923 (From the Beinecke Rare Book and Manuscript Library at Yale University)

Yesterday was one of my favorite holidays: Bloomsday. It is a day given to James Joyce’s book Ulysses, a tale of two men trying to make their way back home on June 16th 1904. During the time I read it, I was looking for some place I belonged, and like both Stephen Dedalus and Leopold Bloom, I was wandering rather aimlessly. I was a senior at Cornell, and while for a short time during my four years there I enjoyed some minor celebrity status as a runner, by the time I was a senior, I had been injured for about a year.

Up until Christmas I had a boyfriend,  but after he moved from Dartmouth to Boulder, he stopped calling. I was devastated and thought it must have been because I was no longer a runner like he was. Additionally, I had no idea what I was going to do with my life. I had thought I would leave college, get a sponsorship from Nike or Asics and keep running, but obviously, that was no longer in the cards. I didn’t want to go to med school or vet school like I originally planned, and I hadn’t applied to grad school. When I was asked what I was going to do after graduation, mostly I just shrugged.

The spring semester at Cornell began in January, during the darkest month of Ithaca’s dark winter.  When I saw that Ulysses was offered as a graduate seminar, I signed up, almost as a dare to myself. I was told that I had to get special permission from the professor to get into the class, as it was a graduate seminar limited to senior-level English majors or grad students. I was neither. But I didn’t care. I am almost 100 percent Irish and yet the only part of my culture I was really familiar with was the Catholic Church, roller skating to Clancy Brothers records in my basement when I was little, and guarded stories of my parents’ childhoods in an Irish neighborhood in Queens, NY. For some reason, I thought a book might help.

The day before class started I went to the Big Red Store and bought all of the required and recommended reading. I walked back to Collegetown with my arms full of titles like Symbolism in Ulysses, Hamlet, and Reading Joyce’s Ulysses.

My friend Loren – an English major – looked at me as if I were crazy. “What are you going to do with all those books if you don’t get in the class?” she asked.

Again I shrugged. “What are they going to do — carry me out of the room?”

Loren stared at me. “You are so weird,” she said.

On the first day of class, I trudged through the dirty Ithaca snow to the English building and into a tiny room furnished only with a long table and leather chairs. Compared to the anatomy lab I had just come from, the overheated room was heavenly, even though I didn’t have a seat at the table. The place was packed and I was stuck in a corner near a drafty window.

Dr. Schwarz walked into the room and took a seat. I didn’t know it at the time, but he is one of the most renowned Joyce scholars in the country.“Well,” he said in a thick New York accent. “It’s a little bit crowded in here.” He explained that the way the seminar worked was that he would give each student one of the eighteen chapters in the book. “Therefore,” he said, “I can’t have more than eighteen people in here. “ He got out his roster and started calling out names.

When he got to mine, he paused. “I don’t think I know you. You’re an English major, correct?”

I shook my head. “Pre-med,” I said and Dr. Schwarz wrote something on the paper.

“You do know that this class is restricted to upper-level English students?” he asked.

I nodded and felt my face get hot.

On the day of the second class, a week later, the same thing happened. But this time, Dr. Schwarz stopped me on the way out. “I know you have this idea that you can get into this class,” he said, pronouncing idea like idear. “But you can’t. I’m sorry.”

On the third week of class, I made my way from the folding chairs lined up against the wall to the leather seats at the table. I counted. There were only sixteen people in class that day, and this time, when Dr. Schwarz took attendance, he just ignored me.

“Someone tell me the symbolism of the scene between Buck Mulligan at the top of the stairs and Stephen,” Dr. Schwarz said and I raised my hand quickly.

He looked around the table and pointed to me. “You,” he said. “Go ahead.” Stately, plump, Buck Mulligan. Stately and plump. The irony there, the immediate clue that nothing in the book could be taken at face value. The only hope I held in my life then was that things weren’t what they seemed. That something would happen. That something would change.

I don’t remember my answer. It was probably something about Oscar Wilde or the Catholic Church. I do remember that Dr. Schwarz didn’t laugh. Instead, he said, “Yes. Fine.”

After class, he stopped me again. “Give me your Drop/Add sheet.” He said. “You can stay.”

My heart took an elevator ride to the top.

Yes I said yes I will Yes.

Those are the last words of Ulysses, and they are spoken by Molly, who is the antithesis to Stephen and Bloom. She is the affirmation. She is the physical, breathing, Penelope who is waiting for Bloom to come home. I don’t remember the chapter now. It’s basically eight sentences, one of which is over 4000 words. What I do remember was the joy in being able to spend so much time with Molly’s unbridled words. The freedom to revel in such stream of consciousness, seemingly unedited, ribald thoughts. It was May by the time it was my turn to lead the seminar, and the trees had buds. I felt the first faint stirring of hope.

Molly was the opposite of myself. She was free while I was contained. She was sensual while I was practically an ascetic. She reveled in her girth while I was ashamed of any bit of excess skin. It was incredible to me that after crashing such a class, not only did I have one of the most famous Joyce professors in the country, but I had gotten the best chapter.

I struggled though, quite a bit. I had to reread Hamlet, the Odyssey, and many other books just to know what was going on. But whenever I went to Dr. Schwarz’ office hours, he was encouraging. “You’re doing fine, “he would say. “This is a complicated text.”

During the semester, Dr. Schwarz brought in bottles of Guinness on St. Patrick’s Day. He took us to the Cornell Museum of Art to look at the Picassos and Giacomettis that were created in the same time period that Joyce wrote Ulysses. Dr. Schwarz is a humanist. A few years ago, I read an article about him in which he said,” Our role as humanists is to focus attention on what is special and distinct in the human enterprise… We need always remember that art is how we make sense of the world; literature is how we transform world into words and words into world. “

“Didn’t you used to run?” he asked me once during office hours. I got that all the time those days, as if I were an imposter. Once someone started to say, “Didn’t you used to be Pam Hunt?” until they caught themselves. But it was okay. That was how I felt too.

When I was a sophomore I broke record after record, as if they were dominoes fated to fall. I qualified for the Olympic Trials in the 5,000 meter run. I crossed finish lines first. And I held tightly to the childish belief that having was directly proportional to wanting; that working harder than the person next to me meant I deserved a bigger piece.

Then things started to fall apart. The achilles tear. The stress fractures in my pelvis. The break in my hip. Bones snapping like Icarus’s poor wax wings.

I  told Dr. Schwarz I had gotten injured.

Something untangled inside when he said that. He might as well have said, “Oh, well, who cares about all that. You’re going to be all right.”

We spent a few minutes talking about tennis, a sport about which I know nothing, and then his sons. Finally it was time to leave. As I packed up my backpack, Dr. Schwarz said, “You’re doing well in this class.” I grinned. I couldn’t help it. Something new was beginning to spark. Maybe, I thought, this is who I could be.

I never did go to vet school. I didn’t go to grad school either, but what Dr. Schwarz gave me was better than a degree. He gave me a sense of worth that had nothing to do with how fast I could run or how many people knew my name. And he gave me a glimpse of how big the world is, how truly gigantic. He showed me it is enormous enough to hold all of our selves and that nothing, really, was that big of a deal. You ran, you got hurt, you read books, you took up tennis.

I think of Dr. Schwarz often, but especially in June. It’s a feeling of gratitude that comes like Christmas, it’s a sense of wonder about where I would be if it weren’t for him. In a time when I was spinning, he put his hand on the top of my head and righted me. I think maybe he showed me what grace truly is. He taught me that it lives inside, that comfort is worth seeking out, and that we are never — thank god — who we think we are.

You are currently reading Bloomsday at Walking on My Hands.