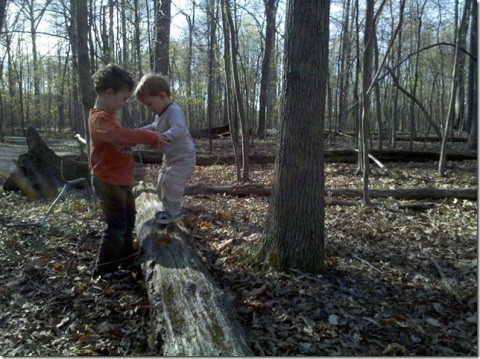 It’s no secret that the yoga teacher training I am doing has been challenging for me. “You’ll really do The Work,” people said when I told them I was starting a yoga teacher training this spring. “It’ll bring up Your Stuff,” someone else said. I narrowed my eyes at these comments and asked for specifics. “Can you give me an example?” I asked. “What do you mean, exactly, by ‘The Work?‘” But the only reply I received was a smile and a shrug. “Have fun,” they said.

Fine, I thought. Great. Bring it on. I would do The Work, whatever that was. I could handle My Stuff, right?

I thought I could. But these days, I just stare at a tiny digital recorder and want to hide under the bed. Our current “homework” for our teacher training is to read a script for a 90-minute yoga class (a wonderful class, by the way) and then listen to the recording and take our own yoga class. Personally, I would rather get my teeth pulled without novocaine.

Yet, I was having such a hard time with it that I fell into a hole for a week. I didn’t go to yoga. I stopped meditating. I almost wrote to the assistant for the teacher training and asked for help, but after thinking about it, I wasn’t sure that someone who barely knew me could do much. I had a feeling that this was something I needed to figure out for myself.

Later that weekend, I went for a run in the rain and tried to figure out why listening to myself on a tape recorder terrifies me so much, why it makes me feel like a total loser. I sound weak as I read the script. Uncertain. I mess it up. I talk too quickly. I make mistakes.

Could that be it? That I make mistakes? Could it be that listening to my own voice unearths a giant snarl of imperfection that I have been trying to keep covered up for years? Is it possible that I so hate the idea of failure that I have deluded myself into believing that somewhere out there is the possibility of perfection, bright and shiny as a mala bead? Could it be that I am just disappointed with myself?

As I ran, I thought of all the failures in my life, all the missteps, the embarrassments, the glaring errors. There was that really dumb thing I said to that cute guy on the cross country team in college, that my friends heard and laughed about for months. There was the vet school application to Penn that I somehow “forgot” to send in. Even worse, there were the thousands of unkind things I have said and done. Which I still do, daily. There was the awful job I stayed in for far too long.  There was the job I didn’t get because I didn’t prepare for the interview. There was that unplanned pregnancy.

When I got to that last one, I paused. At the time, when I found out I was pregnant, it was awful. I was devastated. It felt like my life was ending. But now? Now, I know that it was the best thing I ever did. When I think of Oliver, I can’t imagine a time before him, a time when he was not yet. He is my failure transformed into beauty. He was my sacred mistake.

I am not talking about celebrating mistakes – I am far too cynical for that. But even the universe depends on mistakes. Errors are not just a design flaw, they are an inherent part of the design. Without errors in DNA replication, there would be no variation in life. We would all still be single-celled protozoa. Mistakes in DNA are the only source of evolution. They are responsible for violets and giraffes and blond hair. The part I have trouble with is that they are also responsible for cancer and Down Syndrome and MRSA.

Last week, I took the boys to my parents house for two days. It’s a 4 hour car trip (5 with a stop) and it was just the three of us heading up through the mountains of Pennsylvania. I don’t like the trip very much to say the least. It makes me nervous to know that juice boxes and oranges will probably be demanded as soon as I hit construction or a windy pass in the Poconos. I was so flustered this time that I missed the entrance to the 395 and had to backtrack and turn around in a parking lot.

I stopped the car for a second and took a breath because I was so annoyed at myself for making the trip longer than it already was. And then – Sacred. The word popped into my head and something in my ribcage softened a bit. My shoulders moved away from my ears and tears came to my eyes. My heart peeled open and I came back to myself.  A quote popped into my head, something Albert Einstein said: “There are only two ways to live your life. One is as though nothing is a miracle. The other is as though everything is a miracle.”

Maybe mistakes are like that too. The oak trees and the cancer. The wrong turns and the right ones. The kind thoughts and the angry words. The unplanned pregnancy and the little boy who now brings me wildflowers.

You are currently reading Mistakes at Walking on My Hands.